ADMA PRODUCT IN THE LIFE

Although you do not directly see or touch Admatechs' products in everyday life,
our spherical particles play a significant role in a broad range of fields to provide essential functions for final products. Some of these are introduced here. 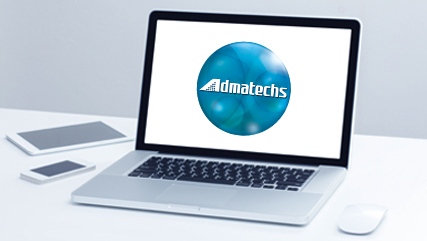 Personal computers are composed of many semiconductor devices, such as CPUs and memory boards.
Semiconductor devices include tiny silicon chips with complex circuits built into them, and these chips are plastic-bonded to the wiring board. The outside of some semiconductor devices may be covered with black plastic to protect them. These plastics are generally a mixture of resin and silica. The coefficient of thermal expansion is different between the resin and silicon. Therefore, if the composition of plastic is only resin, chips may crack when large forces are applied due to temperature increases during operation. As ADMAFINE is made of silica, which has an extremely small coefficient of thermal expansion, blending ADMAFINE into the resin can adjust the plastic coefficient of thermal expansion to be almost equal to that of silicon. Silica is blended into these plastics at a weight ratio of 60 to 90%. ADMAFINE is also used in items such as circuit boards composed of semiconductor devices and sealing material for liquid crystal displays. 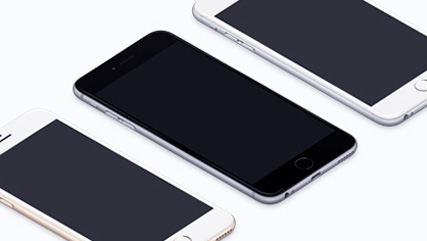 Thin and light mobile phones are an assembly of parts that use ADMAFINE. It is not an exaggeration to say that ADMAFINE is an essential material to make integrated circuits much thinner and lighter, to make liquid crystal displays more easily viewable and much brighter, and to further reduce the thickness of mobile phones while enhancing reliability. 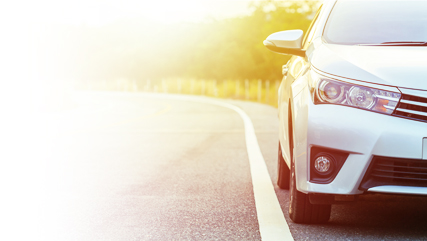 Admafine Alumina is used for various application in Automotive, like LED head light, ECU, Battery, Motor and Converter of next generation Auto motive, like HV and EV. The demands of Admafine Alumina are increasing as a thermal conductive material because of The importance of TIM is getting higher due to electronization of Automotive. 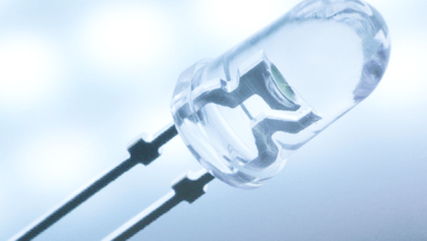 ADMAFINE is also essential for improving the performance of white LEDs.
As a light-emitting diode (LED) emits monochromatic light, such as red, green and blue, a neutral-color or white is produced by mixing these lights. To produce white light using only one LED, blue light emitted from a blue LED is used to illuminate a yellow phosphor coating, and this light is blended with the original blue light to produce a quasi-white light. The phosphor is kneaded into the lens. However, only part of the phosphor is utilized as the light emitted from an LED is highly linear. ADMAFINE is able to help overcome this problem.
As ADMAFINE consists of spherical particles, the light can be diffused in a multitude of directions upon contact. This means that the light is directed over the entire lens, enabling the phosphor to work more effectively, resulting in a great improvement in efficiency 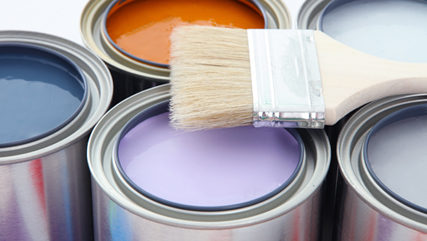 It seems that temperatures have steadily increased due to global warming. Particularly during the summer heat, you want to be even a little cooler, don't you? ADMAFINE can also respond to this.
The particle size of ADMAFINE is uniform. When ADMAFINE is blended into heat shield paint, it effectively reflects the infrared rays (heat) that are a component of solar beams. This mitigates the heating of the base coat due to sunlight. The effect has been proven by applying this paint to Admatechs' warehouse roof and entrance road. 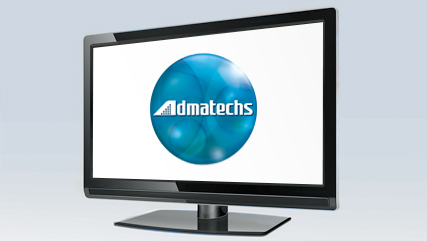 Most displays these days are the liquid crystal type. ADMAFINE also plays a significant role in these, although it is not visible.
Using ADMAFINE in the sealing material to prevent the leakage of liquid crystal, and the heat release sheet for the LED backlight improves the durability and performance of the display. It goes without saying that ADMAFINE is used in semiconductor components and circuit boards.

Note: It is not guaranteed that applications introduced here do not infringe on any patent.
Please be sure to test thoroughly before using our product to check that our product suits your purpose.